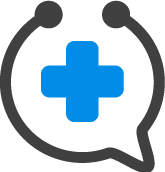 Chlamydia is a common sexually transmitted infection (STI) that affects both men and women. It is caused by the bacteria Chlamydia trachomatis. Chlamydia usually affects the sexual organs, but can also occur in the anus, mouth, and even eyes. Chlamydia is easily treatable when caught early. If left untreated, it may lead serious health problems such as Pelvic Inflammatory Disease (PID) and ectopic pregnancy in women.

Most people with infection are unaware of it, particularly women. When symptoms do occur, it usually appears within 1 to 3 weeks after exposure.

Symptoms in Women include:

Symptoms in Men include:

If left untreated, Chlamydia can cause long term complications that may lead to infertility. In women, this can include: Pelvic Inflammatory Disease (PID) Tubal Infertility Ectopic pregnancy In Men, this can include:  Epididymitis (inflammation of the reproductive area near the testicles) characterized by pain and/or fever Men may have reduced sperm quality, although often improves when infection is treated.

Antibiotics is used to treat chlamydia. Persons with chlamydia should abstain from sexual activity for 7 days after single dose antibiotics or until completion of a 7-day course of antibiotics, to prevent spreading the infection to partners. It is important to take all the medication prescribed to cure chlamydia. Although medication will stop the infection, it will not repair any permanent damage done by the disease. If a person’s symptoms continue for more than a few days after receiving treatment, he or she should return to a health care provider to be reevaluated. Men who have a thick or bloody discharge from the penis with soreness or inflammation and women with heavy offensive vaginal discharge or irregular bleeding and low abdominal pain should see their regular doctor.